Sandy is Co-Founder of NC Elite Volleyball Club, and serves as President, Master Coach and Board Chair. She has been involved with club volleyball since 2000, and in the Raleigh area since 2003. While coaching, Sandy successfully led her teams to qualify for the USAV Junior Olympic National Championships in every season she coached, and won several Regional and Divisional Championships.  In addition to her club volleyball coaching experience, Sandy has coached numerous collegiate camps throughout Florida, North Carolina, South Carolina and Tennessee, and coached junior high school volleyball in her hometown, Cincinnati OH.  Sandy played high school volleyball for nationally recognized Cincinnati Seton as a setter and outside hitter, leading her team to several GGCL Conference, Regional and Ohio State Championships, while earning all-conference, all-region and all-state honors.  Collegiately, Sandy was a 3 sport NCAA Division 1 scholarship athlete; a 4-year letter winner and three-time all-conference setter and MVP with the UNC Charlotte Women’s Varsity Volleyball Team, MVP of the Women’s Varsity Track Team (4 varsity letters), and starting midfielder for the 1995 Conference USA Championship UNC Charlotte Women’s Varsity Soccer Team (1 varsity letter).  She completed her collegiate career holding career and single season school records in assists, digs and service aces, as well as a NCAA Division 1 national ranking of 14th in all-time career assists.  Sandy holds a B.A. in Psychology and a Ph.D. in Biology, and completed her Post-Doctoral training at the UNC Chapel Hill School of Medicine. Sandy has held various executive and leadership positions in the applied biotechnology and life sciences industries primarily focused on strategy, innovation and technology development, has founded 3 companies, and is currently President and CEO of Harmonize Strategy Group, developing and driving corporate, innovation and investment strategy, and providing executive and leadership coaching and training (LinkedIn).  Sandy has also served on various boards and advisory committees, currently serving as Board Member and Governance Committee Chair for the Institute For Emerging Issues at NC State University, a preeminent think tank that brings together individuals and groups to pursue solutions to North Carolina's challenges and strengthen the future competitiveness of the State. Gary is Co-Founder of NC Elite Volleyball Club, and serves as Executive Director, Master Coach and Board Member.  Gary has been involved in coaching club volleyball in the Carolina Region since 2001, during which time he coached his teams to 10 Carolina Region Championships victories and competed in 11 USAV National Championships. He has also coached at numerous high schools in NC including Saint Mary’s School in Raleigh, Sanderson High School in Raleigh, Broughton High School in Raleigh and Cresset Christian Academy in Durham, and was named Cap-6 Conference Coach of the Year in 2003 (Sanderson High School) and Carolina Christian Conference Coach of the Year in 1998 (Cresset Christian Academy) . Before moving to the Carolinas, Gary coached boys’ high school and JO volleyball in Buffalo, New York. Gary has been playing volleyball for over 25 years and has won numerous outdoor and indoor events, including a 1st place finish at the 2005 USAV Men's Adult National Championships, where he was awarded All-Tournament Team honors.  Gary is a graduate of SUNY Buffalo where he earned a BS in Health and Wellness, minor in Coaching, is a certified strength and conditioning specialist (NASM -National Academy of Sports Medicine), and currently works for Milliken & Company as the National Field Sales Director for the Healthcare Division (LinkedIn). Romel brings over 20 years of coaching and international athletics experience to NC Elite, as both a player and a coach.  Romel graduated from Barber-Scotia College in Concord, NC, where he earned a Bachelor's degree in Business Administration.  He participated in track and field and achieved All-American honors in each of his seasons.  Following graduation, Romel pursued a beach volleyball career in California at the international level (FIVB and AVP).  While transitioning from indoor to outdoor volleyball he began his coaching career on the legendary State Beach in California.  He has played on the Bahamas Beach Volleyball National Team, International Jammer Volleyball Team, Bahamas Senior National Volleyball Team, as well as the Bahamas Senior National Team and Junior National Team.  He has earned many recognitions, some of which include All-Region and All-Tournament accolades, as well as 3rd place in both 1st round World Championship Qualifier in 2010 and 2nd round World Championship Qualifier 2010 in Jamaica and Cuba, respectively.  Romel has enjoyed coaching in the Carolina Region since 2006, and looks forward to growing in his role as Associate Director, sharing his expertise and experiences with all of the student athletes and coaches at NC Elite.  He has built great relationships with many college coaches while assisting student-athletes in the recruiting process.  Romel has coached all ages, 13 - 18 years of age, and serves all student-athletes and coaches in the club through directing player and coach development. 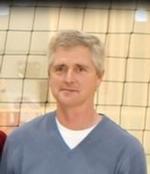 John has over 25 years of volleyball experience both as a player and as a coach.  John is a graduate of the United States Military Academy at West Point, where he played varsity volleyball for legendary coach Bob Bertucci.  After West Point, John continued playing adult USA Volleyball and became involved in coaching various junior camps, clinics and teams with former coach Bob Bertucci.  John started coaching club volleyball with NC Challengers, and continued his coaching with NC Elite Volleyball Club, beginning in the 2008 inagural season.  John currently serves as NC Elite Master Coach, leveraging his 20+ years of experience in coaching to mentor and develop NC Elite coaches.  He also remains engaged in coaching NC Elite camps, clinics and programs, and specializes in setter training.  Professionally, John is CEO/President and Owner of Keystone Transport. Christine has over 15 years of experience as an operations leader, with 10+ years experience managing and optimizing business processes, sysems and activities to ensure daily operations and information flow across the organization progresses smoothly.  Christine is known as a resourceful team player with a responsive, cooperative and knowledgeable approach to work and dealing with diverse client and operational issues.  She has multidisciplinary industry experience and demonstrated competence in diverse organizations, from a Fortune Global 2000 company to an independent counseling practice and a private health care consultancy.  She has strong organizational acumen, analytical aptitude and problem solving capabilities, combined with expertise in operations management, customer relationship management, project management, business process / workflow mapping, continuous improvement and business systems integration.

Christine is originally from Marblehead, MA and has lived in the Raleigh area for over 5 years.  She has two grown children, Will and Jess who have both moved to the area, and 2 rescue dogs, Captain and Chance.